Is Chinese hard to master for British People?

Nowadays, most people would agree that learning Mandarin Chinese is essential, not only because it is the most widely spoken language on the planet (44% of world population), but also because Chinese economy is expanding greatly day by day and is on the way to becoming the most powerful economy on the planet in the near future. But this language is as widely spread among people as it is impossible to master. However, do not give up because of prejudice. Follow the example of those who have already learned it.

Most British students enjoy studying foreign languages. This comes as a great advantage when learning Mandarin Chinese. Of course, there are a lot of people who will find it hard to learn. After all, Chinese is not the first foreign language choice in the UK, and easier languages like German, French and Spanish are often preferred. 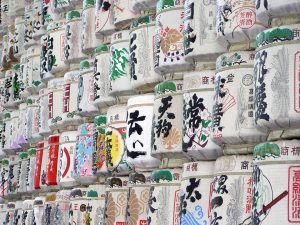 English grammar is often considered easy, and so is Chinese. A simple Chinese sentence consists of a subject, a predicate and an object. For example, “I wash my hands” would be 我 Wo (I) 洗 xi (wash) 手 shou (hands) in Chinese. Chinese grammar is even simpler than English in some ways. Chinese language does not have different forms for singular / plural nouns, or forms based on gender. The two languages are pretty different, but you can still find a connection between them.

When it comes to differences, Chinese is known to have a lot of “measure” words, unlike European languages. Measure words in Chinese are used in a similar way to English words like “piece” in the phrase “a piece of paper”, or “loaf” in “a loaf of bread”. Although there are usually different measure words for different objects, objects of the same kind or with similar characteristics use the same measure words. For instance, 纸 zhi (paper), 报纸 baozhi (newspaper), 照片 zhaopian (photo), 画儿 huar (painting) and 邮票 youpiao (stamp) share the measure word 张 zhang (piece). Even 床 chuang (bed) uses the same measure word, ‘zhang’, because those objects all have a flat surface.

More differences come to mind when we speak about characters. Let’s take 人 (ren) for example. A single 人 means a person, a human being. Two 人 make a new character, 从 (cong), which means to follow (one person followed by another person). Three 人 make 众, which means the masses or a crowd. Likewise, a single 木 means a tree or wood. Two 木 make 林, meaning woods. Three 木 make 森, which means a forest. We can build more complex Chinese characters by learning the basic components and single-structure characters’ step by step. 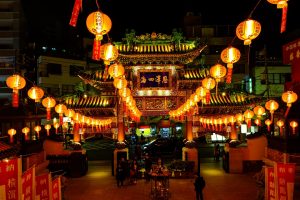 Proper pronunciation is hard for native English speakers at first. But you can overcome this with a lot of practice, and most people get comfortable with it in a few months.

What you can do with the Chinese level you’ve reached:

You can master everyday vocabulary related to buying food, reading newspapers, making appointments, etc. in about six months. If you keep studying for a year, you can directly enter a Chinese university. And if you want to master Chinese to the point of being able to use it for translations – then the opportunities will be infinite.