Globalization and its influence on translation industry

I have decided to write about this topic as it is growing more popular day by day.  It is also one of the reasons for the development of the world’s economy and industry. Here we will focus on the phenomenon of globalization in the content of the translation industry, because globalization is connecting people, and it goes hand in hand with the TRANSLATION INDUSTRY.

What is globalization? Merriam Webster dictionary defines it as “the development of an increasingly integrated global economy marked especially by free trade, free flow of capital, and the tapping of cheaper foreign labor markets”.

The concept of globalization has different significance to different industries. Nevertheless, business leaders and political organizations believe the idea rests on the integration of economic, political and cultural systems worldwide. Mechanism that moves globalization is raced on a complexity of factors like economic, technological, sociocultural, and political. It also persuades our own drive for personal development and the desire to explore the WORLD.

I will give you a simple example, in a short story. Our hero’s name will be Tom. Tom is the CEO of multinational technological corporation providing software solution for managing every segment of your company.

Tom wants to expand into the Asian market. This will be a complicated process, which will require software and web localization in different Asian languages, translation of his legal documentation, translating and securing international patents, trademarks, copyrights, contracts; translation of internal documentation regarding all company structure and processes, and translation of all marketing materials.

In a way, translation has become a good tool for marketing. It makes the “foreign” attractive by bringing it closer and making it familiar for the target group.

Another example is that translation in the era of globalization has helped scientists and medical workers bring their inventions to life as well as share it with the world.

Even outside of our professional lives, we see the effects of globalization in multilingual broadcasts of sporting events like soccer championships. Each of these situations illustrates the dependence that the world has for accurate language translation services in globalization. 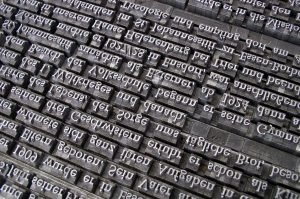 In essence, globalization and translation mutually benefit from one another other. Anything produced in order to be disseminated to other parts of the world achieves its goal by means of translation.

The influences of globalization were deeply felt in the translation field. First of all, the demand on translation and interpreting services as a result of global changes has increased. Secondly, the institutions offering training in the translation field, namely the universities have to be prepared in order to meet this demand. They play a key role in this phase and have some responsibilities to carry out.